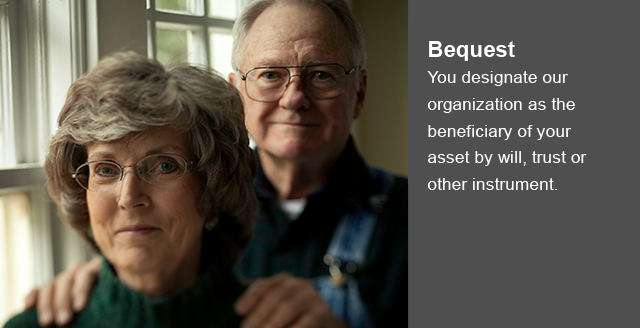 Thank you for your interest in The Salvation Army Southern Territory. Our hope is to serve you and your family with helpful information. We have an increasing number of friends who now are benefiting from life income gifts, gift annuities, and other plans. Thank you for taking the time to explore the benefits of gift planning.

You are at: Planned Giving > Gift Options > Donor Stories

“My Charity is the Salvation Army” 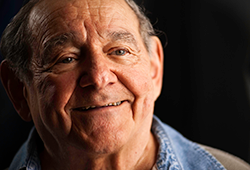 Jack’s respect for the Salvation Army began in Alaska many years ago. Standing on a dock, waiting to board the ship that would take him and hundreds of other young men to fight in Korea, he was offered hot coffee and donuts by a Salvation Army volunteer. Jack has never forgotten the warmth of that coffee, the spirit with which it was served and the Army’s concern for him and his fellow soldiers going to fight for their country.

And the Army has not forgotten the sacrifices that men and women of the military have made over all these years and through many wars. Today’s aid for veterans and active duty troops and their families has expanded from coffee and donuts to a variety of programs and services — from supplying wheel-chairs to providing phone cards.

Jack says he’s “never met an ex-GI who didn’t have the same high opinion of The Salvation Army.”

Watching The Salvation Army serve wherever and whenever disaster strikes or there are long-term needs, Jack thinks as highly of the Army as a civilian as he did as a soldier. “I don’t know how I could applaud them any more than I have.”

He’s been particularly impressed by the good use that’s made of every donated dollar and the dedication of Army volunteers. He also appreciates that The Salvation Army is active and carries out its mission all over the world.

As a committed Christian, Jack immediately thought of The Salvation Army when planning his estate. How better to serve the hungry and the homeless and those in need of spiritual care? How better to carry out one’s beliefs?

“I’m just grateful that we in the South — and the rest of the people in the country — have The Salvation Army.”

Are you ready to plan your will or trust ? We would like to give you a FREE Wills Guide
More

Please click on the apporpriate link below to register for our weekly e-newsletter. Our e-newsletter features current news from Washington, finance information, stories about others who have benefited from giving, calculators and more!
Donor E-newsletter
Advisor E-newsletter